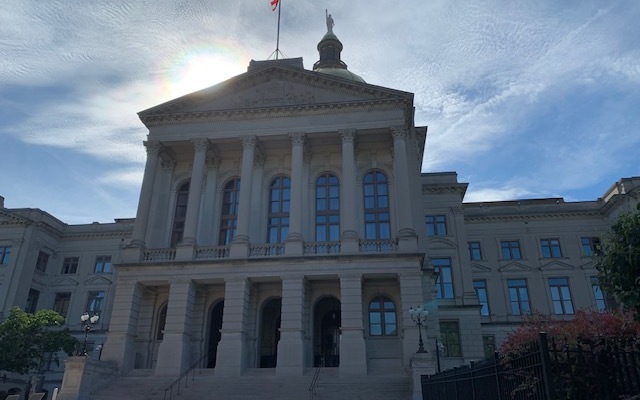 Yesterday morning in a press conference, Lt. Gov. Geoff Duncan unveiled a hate crimes bill proposal, after criticizing HB 426 for not going far enough. Last year, HB 426 passed the House 96-64 and made its way to the Senate where to date, has largely been inactive, but that will change this week as the bill introduced in the Senate. The Lt. Gov did confirm the legislation will be introduced and referred to the Judiciary committee.

He was critical of the House proposal stating that “a simple sentencing enhancement does not go far enough to deter and punish a hate crime.” This bill would create a standalone charge if a hate crime is committed.

When introducing the bill, he added “Today’s legislation empowers victims and communities by involving the grand jury process to seek justice for bias mounted hate crimes, not just a sole prosecutor.”

The Lt. Gov. acknowledged the uphill battle to come and said “I am well aware of those challenges and I am ready for those challenges.” Once introduced in the Senate, the measure will head to the Judiciary committee, but must advance from that committee to a full Senate vote. Then it would go to the House for consideration, then to the Governor’s desk for final approval.

Following a question about the bill being introduced towards the end of the session, he answered that now is the “Right time and right place in history for Georgia to lead on this.”

The Lt. Gov. hopes this proposal will send a unifying message that “Georgia will be one of the worst places to commit a hate crime in this country.”

The proposal has potentially ambiguous language in that it would punish hate crimes against “creed” and “culture.” According to the text, “’Culture’ means the customary beliefs, social norms, and material traits of a racial, ethnic, religious, or social norms.”

Federal law prohibits discrimination based on race, age, religion, disability and sex. The definition of sex includes gender and was recently expanded to include orientation by the U.S. Supreme Court. This proposal includes those protections and several others.

However, these inclusions do not mean that they will remain in the final version as it will be under near constant revision in the 8 remaining days of this legislative session.

One thought on “New Hate Crimes Proposal Introduced, But Time is Running Out”