The website of the National Park Service displays a disclaimer about the limited service due to the government shutdown.

Briefly Stated: The government shutdown is solely an ignorant escapade in the deeply steeped ignorance of legislative procedure. Because of the impasse, government employees’ salaries are tied up in a demand the president failed to achieve while Republicans held both the House and Senate.

As the New Year is welcomed in the United States with fireworks and champagne, portions of the government remain shutdown and have been now for 12 days, after the White House and Congress failed to find a compromise on a spending bill that hinged on President Trump’s demands for $5.7 billion for a “boarder wall.”

As of this writing, multiple federal agencies, including the Homeland Security, Housing and Urban Development, Commerce, Office of Personnel Management, FDA,  FCC, Interior, FEMA, Transportation, and the Coast Guard are closed. The 800,000 personnel in these agencies are either working without pay or are on furlough. The next payday, according to the General Services Administration, is January 16, 2019. 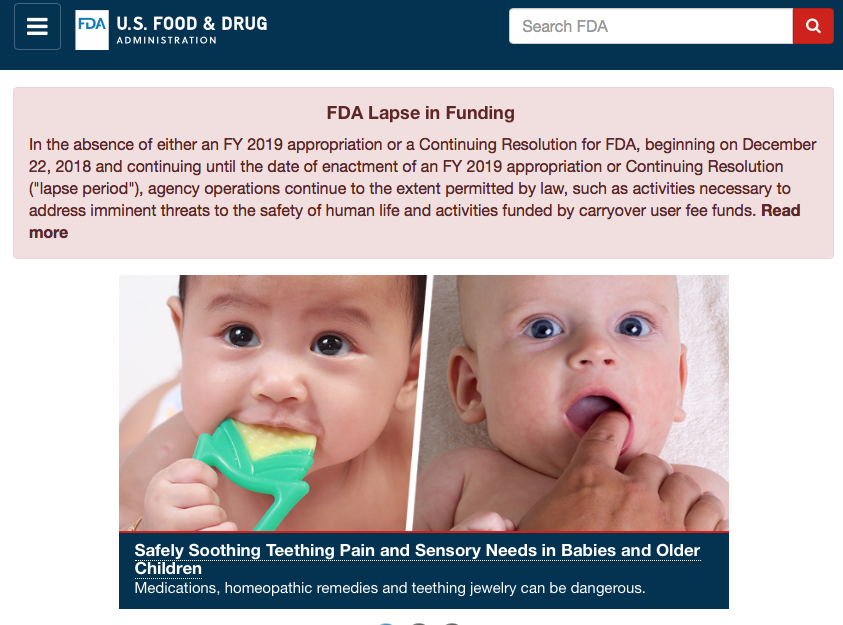 The Food and Drug Administration carries a similar disclaimer concerning the lack of government funding.

On Twitter, the hashtag #ShutdownStories explicates the harsh fallout of the presidential escapade to secure border wall funding, even as a gofundme titled “We the People Will Fund the Wall” has raised $18.5 million. As early as June 2015, then Trump, a presidential candidate claimed in a speech:

“I would build a great wall, and nobody builds walls better then me, believe me, and I’ll build them very inexpensively, I will build a great, great wall on our southern border. And I will have Mexico pay for that wall.”

However senseless the episode, there are tomes of tweets from the affected. Federal workers seeking auto loan deferments, those fearing eviction, a spouse of an air traffic controller worrying about Christmas gifts, a park ranger in the Great Smoky Mountains with a 4 year old child, and the stories go on and on. Then, there are the contractors, who have no hope of recovering lost wages: one who is a janitor at the Department of Agriculture and another utilizing paid time off hoping to tithe over into the new year. Both hoping pay will resume sooner than later. Then, there are the unsightly images of trash buildups at national parks (available here and here). 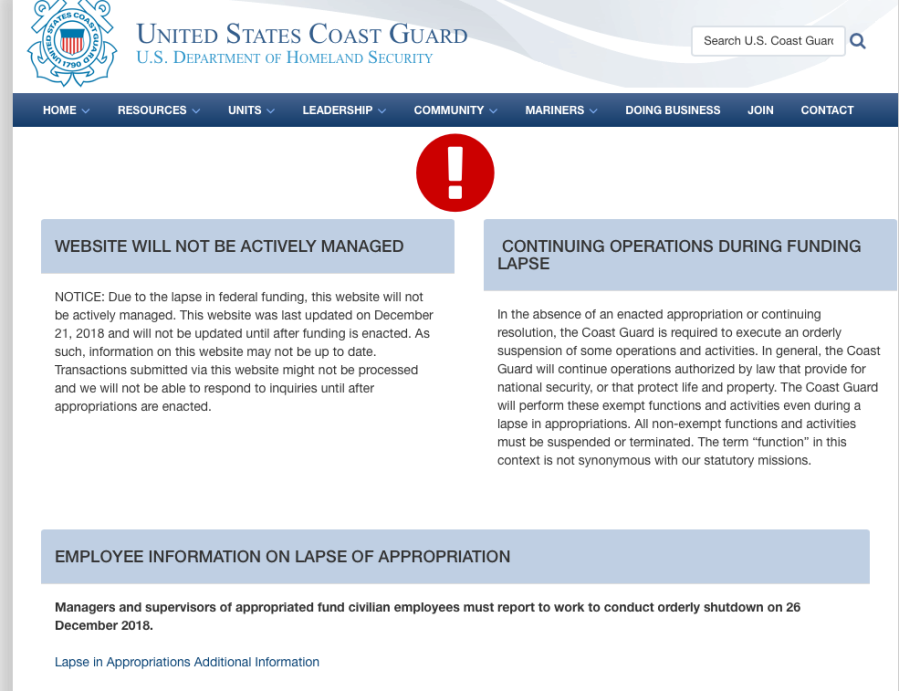 A screen capture from the U.S. Coast Guard’s website indicating management will be inactive due to the absence in funding.

On the periphery of the shutdown is “H.R. 695: Further Additional Continuing Appropriations Act, 2019,” the legislative vehicle for stop gap funding. On December 19, the Senate passed this bill with provisions to fund the government through February 8, 2019. The next day, the House of Representatives added $5 billion in wall funding and passed the bill 217-185. Once again, the Senate took up the measure, but given the absence of the 60 required votes, the legislation stalled at 47-47. The president implored the senate majority leader to use the “nuclear option” to pass the funding bill, but the he rejected the pleas.

Democrats in the House are expected to press forward with legislation on Thursday that will hopefully bring the shutdown to an end. On that same day, Democrats will take over as the majority party in the House of Representatives. There will be an expected vote on six appropriations bills to fund agencies through September 30, absent of any specific border wall funding. There would however be funding for $1.3 billion for fencing.

The present state of the union is that our government is shutdown due to a border wall that Mexico was “supposed to pay for.” The President has put his party in a losing position. Republicans would be well served to denounce the president’s position for the sake of the country and pass a spending package without border wall funding. The appropriate way for the chief executive to secure funding would be to make the case before Congress and secure funding through legislation, not hostage negotiation.