67 million beneficiaries of the Social Security and Supplemental Security Income (SSI) programs will receive a 2.8% cost of living increase in 2019, according to data released earlier this month from the Social Security Administration. The adjustments will commence in December for SSI benefit payments and January 2019 for retirement and disability benefits. Cost of living adjustments (COLAs) are based on increases in the Consumer Price Index for Urban Wage Earners and Clerical Workers (CPI-W).

Of the previous 10 years, cost of living increases have been meager in comparison to previous decades, mostly because inflation has been relatively low during the period. As a measure of reference the years 2009, 2010 & 2015 saw no increases and 2016 payments only increased 0.3%. However, in the past two years, as inflation has slowly risen, so too has COLA percentages. The 2019 increase is the highest since 2008’s 5.8% raise. 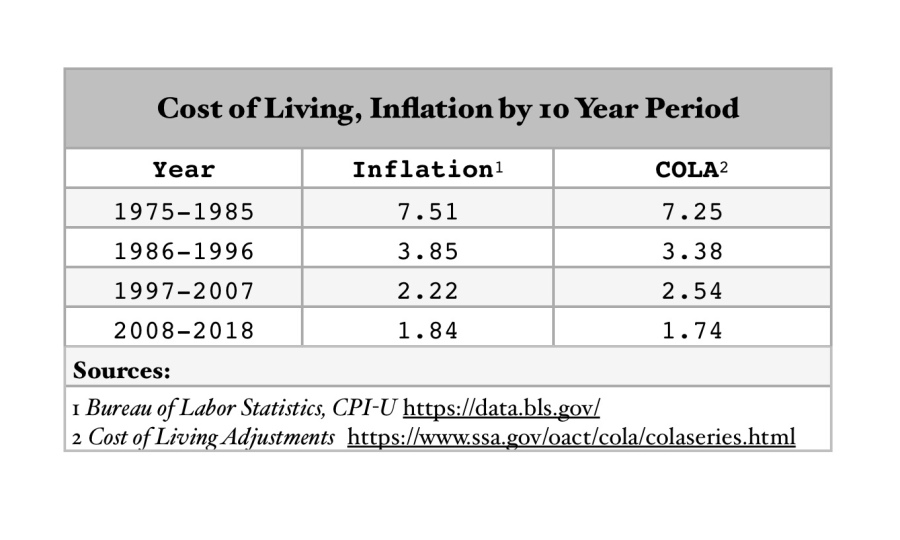 According to recent data, 2,050,064 Georgians receive payments from these programs: 1,790,398 from the retirement and disability programs and 259,666 from the supplemental income program. The 2019 increases will be as follows:

One thought on “Payees Will Receive 2.8% Increase Next Year”